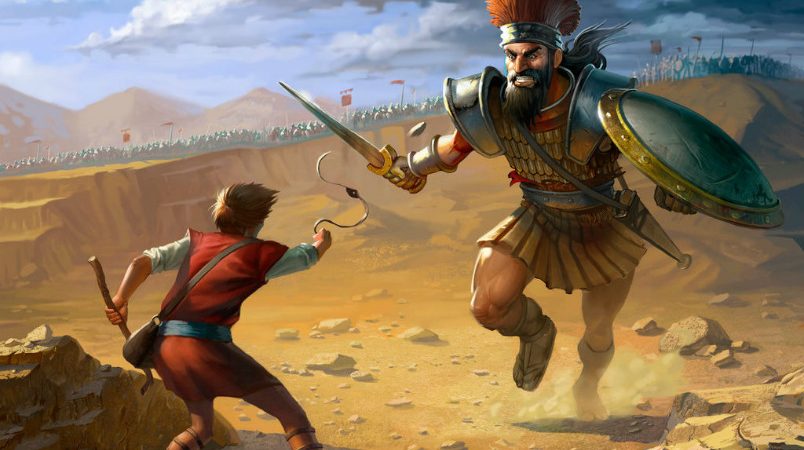 Every conqueror or a champion has a backbone or something to back him to reach his goal no matter the odds he knows that he will make it because of something his trust is in. A conqueror is someone who is victorious by force of arms, and a backbone is a central cohesive source of support and stability or simply a source of support which can be natural or supernatural which enables a recipient to achieve a particular aim or accomplishment. In this modern times many people achieve great accomplishments or become heroes either by the power of God, Satanic power or human resources.

The apostle Paul in one of his writings said “I can do all things through Christ which strengtheneth me” Philippians 4:13 in other words the point he is making his audience to understand is that the secret behind his accomplishment is Christ.

In Romans 8:37 Paul once again encourages his audience to change their mentality of defeat to Winners mentality by saying that despite afflictions and storms of life we are more than conquerors through our Lord who is our backbone. Nay, in all these things we are more than conquerors through him that loved us. So the good news is that no matter what you are passing through if you are truly born again, accepted Jesus as your personal saviour, you are a candidate of the conquerors team.

Many heroes of faith in the Bible had God as their backbone. Lets look at David and one of his great conquest which brought him to the top as a great hero. After oppositions and discouragements from his family brothers, king Saul and some folks around David finally gave in to him to face a giant whom all Israel including the king feared and trembled at.

Goliath first of all cast a spell of fear on David to weaken him. Then he cursed David by his gods. Note that a curse is an the expression of a wish that brings misfortune, evil, or doom to befall another. Curses are real and powerful, because they are backed by demonic powers. That is why Jesus became a curse by being nailed on the cross that we might be the blessings of God. Any kind of unbroken curse in a persons life can make him miserable and a failure in life. Another thing that Goliath did was that because of his heathen background and knowledge about the supernatural by cursing David by his gods he was just turning the battle he was about to confront to the powerful demons he was worshipping to spiritually destroy David before he physically touch him. So it was no more a physical battle but a spiritual one.

For though we walk in the flesh, we do not war after the flesh:
(For the weapons of our warfare are not carnal, but mighty through God to the pulling down of strong holds;)
Casting down imaginations, and every high thing that exalteth itself against the knowledge of God, and bringing into captivity every thought to the obedience of Christ; 2 Cor. 10:3-5.

David who also understood spiritual things because of the anointing upon him, knew who he has believed and also turned the battle to the Lord God of Host, the God who holds and owns the universe, the all powerful One, the Almighty to take over.

Then said David to the Philistine, Thou comest to me with a sword, and with a spear, and with a shield: but I come to thee in the name of the LORD of hosts, the God of the armies of Israel, whom thou hast defied.
This day will the LORD deliver thee into mine hand; and I will smite thee, and take thine head from thee; and I will give the carcases of the host of the Philistines this day unto the fowls of the air, and to the wild beasts of the earth; that all the earth may know that there is a God in Israel.
And all this assembly shall know that the LORD saveth not with sword and spear: for the battle is the Lord’s, and he will give you into our hands. 1 Sam 17:45-47.

Finally David defeated the champion of the Philistines because the Lord of Host fought for him. David did not depend on His own ability because he had a backbone. He had the Host of heaven backing him.

Paul said in spite of all happenings we are more than conquerors through Christ who is our backbone. I do not know who your backbone is, some people use charms, talisman, demonic powders, creams, marine spirits (“mame water”) and all kinds of heathen and demonic objects as their backbone in life for accomplishment. The truth is that every power besides the Power of God is temporal, lower and will not last or stand the Power of God but will fail. Surely if your backbone is not God and one of these you will fail as Goliath failed. If you turn your life over to Jesus you will truly make it. Its not too late.

Jesus has made us champions and conquerors by destiny. Our part is to surrender all to Him and trust Him. And He who has begun a good thing in us will finish it. Arise and shine: Isa.60:1. Let no one intimidate you, neither problems, the present or the future or any kind of Goliath, step out in faith and confidence in the Lord and you will see yourself as a conqueror.
Take your eyes off your natural strength and abilities and look unto the Lord the world will sing your song of victory as it happened in the time of David.
Then he answered and spake unto me, saying, This is the word of the LORD unto Zerubbabel,(YOU) saying, Not by might, nor by power, but by my spirit, saith the LORD of hosts. Zec 4:6.

Bible Verse of the Day

Give proper recognition to those widows who are really in need.
1 Timothy 5:3

There are no upcoming events.

When users are assigned one of these roles, their names will appear here.